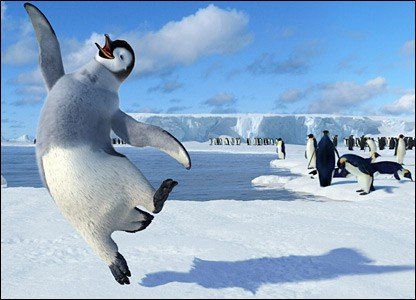 The powerful link between emotional outlook and physical health is no secret. “I didn’t believe in it when I started out 40 years ago,” says Martin Seligman, PhD, one of the preeminent experts in the field of positive psychology and author of the new book Flourish. “But the data has grown year after year, and it’s become a scientific certainty.” Good feelings, scientists now know, have healing effects on the body, and researchers studying everything from the flu to HIV continue to find eye-opening evidence that a person’s mind-set can influence the immunity and the rate at which they heal from injuries and illness.

“When it comes to our health,” says Seligman, “there are essentially four things under our control: the decision not to smoke, a commitment to exercise, the quality of our diet, and our level of optimism. And optimism is at least as beneficial as the others.” Scientists don’t yet fully understand the biological mechanisms at work, but they know that negative feelings like stress, sadness, and worry cause a spike in the hormone cortisol, which in turn suppresses the immune system. Here, then, are tips culled from the latest research on how to stay positive?and healthy.

When you clear your head, good things happen to the rest of you. A study published in Psychosomatic Medicine reported that HIV patients who wrote about their worries for 30 minutes a day four days in a row experienced a drop in their viral load and a rise in infection-fighting T cells. Another study, in the Journal of Consulting and Clinical Psychology, found that breast cancer patients who talked about their feelings regarding cancer had to schedule fewer doctors’ visits for cancer-related problems.

Sheldon Cohen, PhD, is a psychology professor at Carnegie Mellon University and an expert on the link between social networks and health.In one of Cohen’s studies, he assessed 193 subjects to determine their level of positive emotions (including happiness, calmness, and liveliness). Again, he exposed participants to a virus?and found that people who scored low on positive emotions were three times as likely to succumb to the bug. (A few high-scoring participants fell ill, too, but they reported fewer symptoms than the average cold or flu sufferer normally experiences.) What’s intriguing about this phenomenon, says Lara M. Stepleman, PhD, an assistant professor of psychiatry and health behavior at the Medical College of Georgia, is that “we all have the ability to choose an optimistic mind-set. And with practice, we can get better at it.”

We know tai chi has all sorts of benefits, and here’s one more: In research conducted at UCLA, 61 older adults took tai chi classes three times a week, while 61 others attended health education classes. At the end of four months, both groups received a dose of the shingles vaccine?and the tai chi group achieved twice the level of immunity. “It’s likely the meditation component that is causing the effect,” says study author Michael R. Irwin. “Which means it’s possible other forms of meditative exercise, like yoga, would lead to a similar boost.”

Seek Help If You Need It

A study by researchers at the University of Nottingham monitored the rate of healing in 93 people with foot ulcers, a skin injury common in diabetics. After six months, subjects who were clinically depressed and subjects who were not coping well emotionally with their condition showed less improvement. As a result of the findings, the university is developing a therapy program for diabetic patients. “We hope this intervention will help cut the risk of reulceration,” says study author Kavita Vedhara, PhD.

Lean on Your Friends

In one of his other studies, Cohen exposed 276 adults to the common cold virus. He wasn’t surprised to find that smokers were three times more likely to get sick. But Cohen also found that subjects who had the least variety of social relationships fared even worse?they were 4.2 times more likely to catch a cold. One reason people with strong social ties are better at warding off infection may be that they have lower stress levels, Cohen says.

This article appears on Oprah.com and is authored by?Nancy Gottesman .

Being Positive, When the Industry Is Not Doing Good

Most First Time Managers Get Derailed After Promotion, How to Avoid It

How To Be Happy In Life And Career – The Zen Way