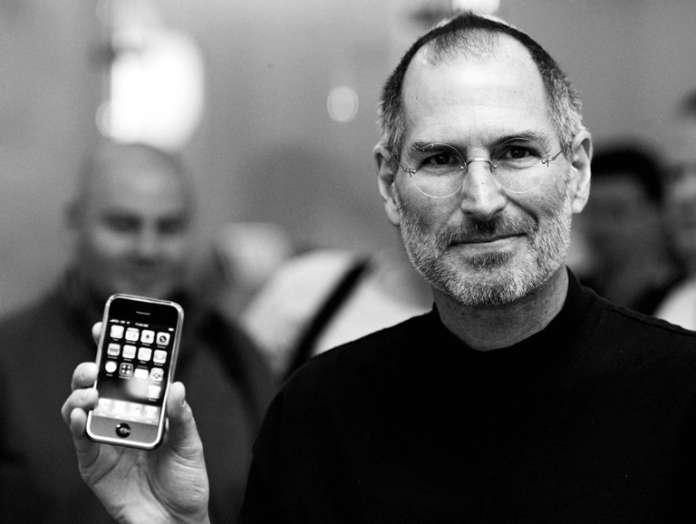 Steve Jobs belongs to the league of world?s greatest innovators who changed the way technology impacts human beings. From an adopted child to starting Apple in his parents? garage in 1976 to building the biggest brand in history, Steve Jobs life is full of lessons for others.

Steve jobs birth parents were Abdulfattah Jandali, a Syrian born who had immigrated to America for studying and Swiss born Joanne Carole Schieble. Steve?s birth parents met at the University of Wisconsin at Madison and he was born out of love on 24th Feb 1955, Steve was given up for adoption when Schieble?s parents refused her marriage to Jandali, Paul and Clara Jobs adopted Jobs and raised him in California.

Impossible is a state of mind

Steve was famous for pushing boundaries and setting new benchmarks, constantly pushing people to do the impossible. He had a fraction of resources of what IBM or Xerox had; yet he changed the course of computing. He believed that people could do the impossible, because they did not think it was impossible. Steve believed that we get comfortable by picking easier tasks, our life is to do something bold and by getting off the word impossible, we can do wonders. According to him the word impossible symbolized, a speed breaker and not a wall, we need to get over it.

Do what you love

Steve Jobs said, ?The only way to do great work is to love what you do. If you haven?t found it yet, keep looking. Don?t settle. As with all matters of the heart, you?ll know when you find it.? Steve was of the opinion, unless you loved what you did, you would never be able to give it your best. He firmly believed in jetting out of tasks and a chore one doesn?t enjoy doing.

Steve could look at things differently and question why was it that way, he always believed in simplifying things and getting the past the usual no, which comes first. While developing I pod, he designed most of the applications to start working in three clicks, rather than making his customers go through the maze. And when he returned to Apple for the second time, Jobs helped with the ?Think Different? advert – ?Here?s to the crazy ones. The misfits. The rebels. The troublemakers. The round pegs in the square holes??.While some see them as the crazy ones, we see genius. Because the people who are crazy enough to think they can change the world are the ones who do.?

Steve was known for having a laser sharp focus, when he took over Apple again in 1995, it had a slew of products spread everywhere, Steve cut down the number of products to four and made Apple come out from the shores of bankruptcy. He believed in focusing energy on a few rather than squandering it everywhere. Part of this focus in Steve Jobs can be attributed to his love for Zen Buddhism and the mediation he did.? Steve Job said, ?Deciding what not to do is as important as deciding what to do, that?s true for companies, and it?s true for products.?

Steve Jobs said, ?Your time is limited, so don?t waste it living someone else?s life. Don?t be trapped by dogma ? which is living with the results of other people?s thinking. Don?t let the noise of others opinions drown out your own inner voice, and most important, have the courage to follow your heart and intuition. They somehow already know what you truly want to become. Everything else is secondary.?