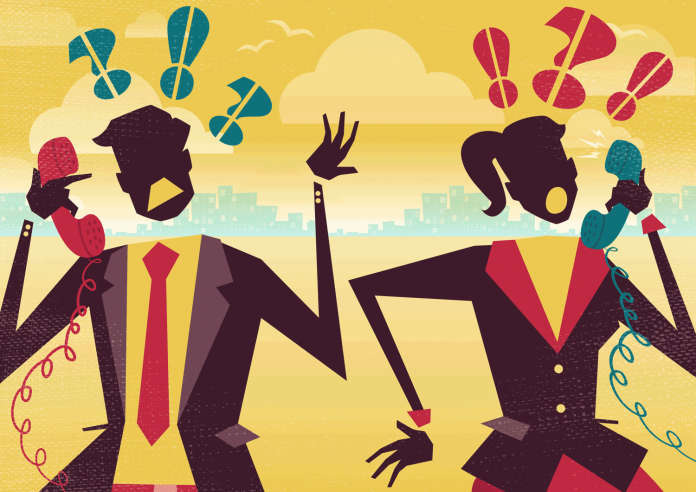 Troublemakers at the office come in various shades, and they have different styles and approaches to making their presence felt. To be fair, most of them may not even know how disruptive they can be ? then again, some do. However, the sincere and focused always has a bad time with them.

Maybe you cannot understand why people want to be anything other than professional or team-spirited at work. Perhaps you feel that people should not let their personal problems or prejudices intrude on the workplace. But the fact is that we all carry outside baggage into the office. It shows up in ways that others will not fully understand. Any professional environment will feature people with vastly different expectations?from?the job, each other and life in general.

The factor that causes the most interpersonal problems on the job is insecurity. A co-worker?s insecurity may show up in the form of malicious gossip or slander, a fawning attitude towards the management, inappropriate curiosity about what you are doing, manipulation and plain nastiness. Such symptoms in others tend to grate on our nerves. We assume that they are trying to find shortcuts to success ? and we are often right.

Considering the pace at which we conduct our work in the 21st Century, our work culture has become highly depersonalized. To fully analyze why certain people behave the way they do would require the services of an in house psychologist. In fact, many progressive organizations do offer such services.

But how do we protect ourselves from difficult people at work without the benefit of an internal arbitrator?

You may, for instance, have come across the typical brown-noser. They seem to have very little personal dignity, or a very strange version of it. Getting and staying in the good books of their (and your) superiors?seems?to be their main priority. Apart from being a shortcut, this also seems to them to be the best way of saving on effort.?Bootlickers?are universally despised.

Yes, such behavior in others is disturbing at the workplace. However, you would do well to remember that they rarely get the results they want. Most managers do not mistake subservience for effectiveness. In fact, you should train yourself to ignore the?boot lickers. Many enlightened employees have found that getting to know the brown-noser better on a personal basis can defuse the situation entirely.

If you have people around you who maliciously wreck your efforts, that is another matter. These rank among the most difficult people at work. They disrupt the peace and harmony of the workplace. Unable to achieve good results in their own right, they sabotage those of others. In rare instances, it may be out of sheer ignorance. Whatever the case, their influence is extremely negative.

Sounds familiar? If you have such a co-worker in your midst, you know that such a person can cause a lot of damage and is often extremely clever. To him or her, the act of sabotage is a game that must be won. Exposing such an individual can be time-consuming and extremely stressful.

What about the obnoxious guy who pushes his weight around? He is the office equivalent of the schoolyard?supremo. His tools of the trade are ridicule, overt and veiled threats as well as verbal and physical abuse. The object of these difficult people at work may be:

Again, this person is a highly insecure one and probably has real personal problems. If he really is a problem to you, try confronting him alone and asking him what his problem with you is. The idea is to do this in private. He will feel less defensive if there is no audience. Alternatively, you can bring him to the notice of the management and explain that his behavior is disruptive. You can even get the endorsement of other victims in this.

The chronic snitch is another of the difficult people at work that many of us are familiar with. Whether for personal gain or out of plain mean-mindedness, such persons will not hesitate to sell you down the river. They are usually pleasant and cooperative on the surface. This enables them to obtain inside information and then act on it. Here are some symptoms of such a turncoat in your office:

Excessive ambition is another unpleasant trait in certain colleagues. To them, the workplace is the venue for political intrigue or simple personal gain. Co-workers and even superiors exist solely to be manipulated. These extremely difficult people at work are usually power seekers who will stop at nothing. They may employ:

Interesting Read:?How To Get A New Job next year

Their ultimate objective is to gain a position of strength. This strength may then used to gain internal political traction (promotions, raises?etc) or for financial gain not related to official work. You can confront such people via private memos or in privacy and warn them that you will not stand for their behavior. They are usually spines and easily intimidated.

In any modern work environment, you will encounter these and other troublemakers ? be it the chronic latecomer who always has some pathetic excuse, the slob who messes the place up, the workaholic who just can?t stop producing, etc.

It doesn?t matter how great the organization you work for is. It doesn?t matter how fulfilling the work culture and atmosphere is. There will always be difficult people at work with a different agenda than helping with optimum work performance.The idea in your dealings with such people is not to let your own professional momentum and personal equilibrium be disrupted.