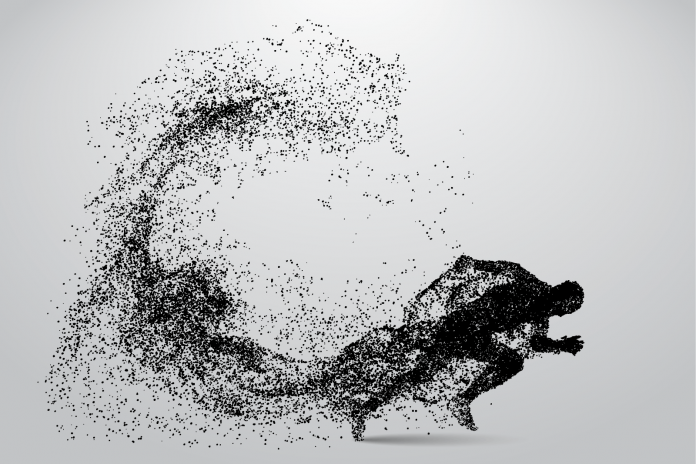 We are limited by the beliefs we set in our mind, history shows that successful people are able to break these shackles and unleash their potential. The difference is the ? T ? between Can Do and Can?t Do. The ? T ? is your Thought.

Steve Jobs was one of the best examples of breaking free of boundaries set by human mind; he questioned the traditional thoughts and his failure and unleashed his potential to create history.

Steve Jobs said in his autobiography:

I didn’t see it then, but it turned out that getting fired from Apple was the best thing that could have ever happened to me. The heaviness of being successful was replaced by the lightness of being a beginner again, less sure about everything. It freed me to enter one of the most creative periods of my life. […] Sometimes life hits you in the head with a brick. Don’t lose faith. I’m convinced that the only thing that kept me going was that I loved what I did .We limit our growth by putting limitations and glass ceiling on them and tell ourselves that I cannot go any further.

Where do these Self Limiting Beliefs come from?

These beliefs may have a represented a valid limit in the past, like your inability to write a speech when you were a toddler. As you grow you learn / unlearn skills and progress in life, it would have been logical to move beyond the original limitations set by you. Incidentally for some of us, this does not happen and we continue to hold on to them.

Must R?ead:?How To Achieve Every Goal You Set

Failures are building blocks of success and not meant to be chains of trauma which will never let you live that way you wanted to live. Life will throw brickbats at you and it may be a different one each time, don?t accumulate all of them in note book, some of them may not repeat. Like Steve Jobs you can make your greatest failure into your greatest success.

Thoughts which ground you to do the same things day in day out and blame destiny for it will never allow you to live fullest to your potential.

Put Fleas in an open?transparent jar ,they can jump extremely high and?are fully capable of jumping right out of the jar. Then if you put a clear lid on the jar, the fleas jump and bump their heads on the lid feeling the pain. The fleas eventually realize that they are unable to escape the confinement of the jar . Over the next hour or so the fleas give up? and only jumps to the brim of the jar. Its a very Intelligent way to adapt to situation and avoid pain.

Later on when the lid is removed the fleas will not jump any higher. It continues to believe that it cannot get out of the jar and stops trying. The barrier has vanished physically but mentally it still present and hard coded.

And further more each flea is totally convinced that it is trying to escape just as hard as they can. But they are wrong! There was a barrier, but it’s no longer there!

So what are your Self Limiting Beliefs?

It is difficult to think outside the set beliefs. We use our beliefs to predict the future as connection is old data and experiences. You must look at things differently, Try to identify your self-limiting beliefs and see how you can break free of them.

How long have you been jumping just to the height that keeps everybody happy, without taking the risk of trying that little bit harder? Occasionally it may be worthwhile to bang your head against the limit; you may discover that the barrier is no longer there.

We all have our self-limiting beliefs, look at things you would want to do but have a coding that you cannot do it. Then re-look at the environment and your resources. Maybe you have acquired new abilities that will make you succeed this time. Knock the ” T ” off.