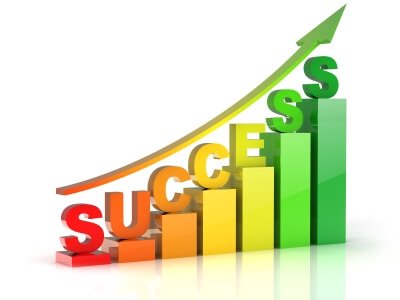 One of my favorite leaders, a guy who is enormously successful and likable, has built thriving businesses, and is deeply ?followable,? revealed to me some years ago that he had been a C student at a small local college, and had never been considered very bright as a kid. He then went on to say that he was only able to begin his rise to success when he stopped beating himself up about his lack of educational credentials and ?IQ points? (his words), and focused on building his other capabilities.

As it turned out, his other capabilities were extraordinary.? He has enormous emotional intelligence: he?s great at building real relationships with a wide variety of people and involving them in the enterprise?s success.? He?s also very far-sighted: he?s been able to identify industry trends and important big ideas way ahead of most of his peers. Finally, he?s deeply curious ? always wanting to find out more, go deeper, understand better.? He asks a lot of questions, but they never feel interrogative ? you can tell he just really wants to learn.

He has figured out (and continues to figure out) how to make use of what he has and who he is.

In the past, certain things were key to success, especially success as a leader: a degree from a prestigious university, a high IQ, an upper class childhood, being a man, being white.? These old requirements are starting to break down, thank goodness ? but we can limit ourselves by believing that they still hold us back.

Now, please understand:? it?s ? sadly ? still true that if you?re a white, upper class, Ivy-league-educated man with a high IQ, you?re going to be given a lot of free passes, especially early in your career.

BUT you also have more opportunity to succeed than ever before, even if none of those thing are true of you, as long as you identify your own key strengths, play to those strengths, and support your own success internally.

OK, so you didn?t go to Harvard.? Let it go. What do you have going for you instead?? Are you the person others want to have on their project team because you?re so amazingly good at pulling together a plan?? Do you often see the dynamics at play in a group when no one else has a clue? Are you able to motivate people to achieve a goal that others think is impossible?? Figure out what you?re uniquely good at and how that?s valuable to your organization (or any organization of which you?re a part.)

Play to those strengths:?

Once you figure out what you?re best at, find ways to put those things in play and to keep building on them. Once my C-student CEO had figured out that he really understood and could connect with lots of different kinds of people (and loved it), he realized that was a foundation he could build upon to become a really good manager and leader ? which he did.? So for instance, if you?re the amazingly-good-at-planning-person, maybe you can build a career in project management. If you?re the one who sees the human dynamics, maybe you can work in HR or become a group facilitator.

Support your own success internally:?

This is the most important element. Not being white, rich, male, or highly educated is less of an impediment to your success than the story you tell yourself about how those things are an impediment to your success.? I?ve talked about self-talk often here, so those of you who read my posts regularly will know what?s coming next. Recognizing what you?re saying in your head about yourself and changing your monologue to be more accurate and hopeful is probably the single most powerful thing you can do to support your own success.

One of these women says to herself as she goes into her interview, ?There?s no way they?re going to think I?m qualified for this. I?m sure they?ll give the job to some guy with his newly-minted MBA from Stanford, all preppy and talking about his yacht.? They?ll take one look at me and cross me off their list.?

The other says to herself: ?The competition for this job is going to be stiff, for sure.? But I?ve got exactly the experience they need, and my recommendations are stellar.? And I?m really good at getting a feel for the person I?m talking to ? I bet I?ll be able to connect with the interviewer.?

How do you think these two women will behave in the interview? Which one do you predict will be more likely to get the job?? Exactly.

So, as you think about your professional future and how to succeed, rather than focusing on what you?re missing, figure out what you have and who you are.? And go with that.

This article is written by Erika Andersen and appears on Forbes.com. Erika?s new book,?Leading So People Will Follow,?has been selected by Amazon as one of the?10 Best Business Books?for October.