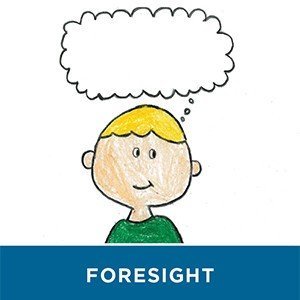 Foresight implies more than willingness to look ahead, a team must also be able to respond quickly with flexibility to changes in its environment. Teams that suffer from lack of foresight are more likely to be jolted by unpleasant surprises. Without an efficient early warning system, such teams are frequently blinded by problems. In addition, they employ a reactive approach that allows problems to mushroom out of control before they are eventually addressed.

The inability to look ahead may result from a number of different situations; the following symptoms describe a team, which lacks foresight.

Living in the past

Reactive teams focus their energy on the past rather than the future. In discussions, the team may talk about where it?s been and not where it?s going. Team members often tend to deflect questions about planning and future actions and are quick to explain that they are too busy dousing fires and hence cannot address long term planning. Quite often these teams remember ?good old days? under the previous regime, without objectively recalling both negative and positive changes that have occurred within their organizations.

Some teams have an extended sensing array. They are heavily networked within their industries and professional groups, and keep glued on to current trends within their fields. They are also internally networked and make an effort to stay in contact with others in their companies who can keep them current on organizational changes that might affect their groups.

You May Also like To Read:?How To Up-skill The Team

When teams exhibit a lack of foresight, it?s often because they have neglected to establish the type of networks that can alert them to important changes in their work environments. No matter, how pressured a team is feeling, it needs to continually channel at least a part of its energy into scanning ahead to understand the overall business environment within which it is operating.

The victim mentality is both a symptom and an underlying cause for lack of team foresight. A reactive team is easy to spot because its members talk as if they are passive victims of forces beyond their control. They spend hour?s discussing the unfair actions of their senior managers or the negative repercussions of a business change that ? came out of the blue?. In all cases, they view these events as something that happened without warning and over which they have no control.

Once in place, the victim mentality feeds on itself. Team members, who think of themselves as victims, tend to attract like-minded people to the team.? They socialize with others who support their perception of helplessness and the unfairness of others. A victim mentality fuels a self-fulfilling prophecy, because by donning the mantle of helpless victims, team members get discouraged from anticipating change. This in turn makes the team less prepared to deal with future events ? a situation, which further solidifies it?s victim position.

More often than not, teams are resistant to new information that contradicts their current belief systems. This is especially true for teams whose members experience a high degree of team loyalty and take an elitist and insular ?us versus them? position, with respect to others in the organization.

Not wanting to appear disloyal, the members of such teams sometimes hesitate to share information that might be contrary to the teams set objectives, position, and norms. Groupthink like this can even make the best-prepared teams vulnerable to developing circumstances.

Focus on ?A Plan? only

Lack of foresight may also be evident in teams that formulate through plans but consider only a narrow set of contingencies. Such teams are analogues to campers who assume the weather will be bright and sunny only. These teams put a lot of effort into designing Plan A, but completely neglect to come up with a back up plan. Teams like this tend to follow their plans in a rigid, inflexible manner. They fail to comprehend that a plan is a living document, which should be continually reexamined in light of changing business situations.