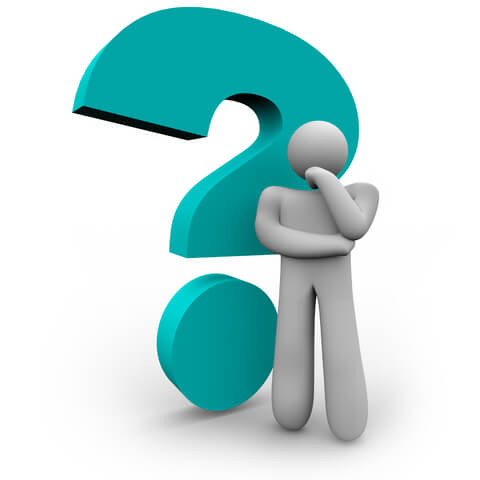 The term ?Leadership? has kept the world fascinated from the times of the Chinese philosophers to the musings of Machiavelli to the writings of Chanakya till present day.

Leadership is one of the most overblown subjects described in hundreds of books written every year on the subject. We live in ironic times. Type in ?leadership? at Amazon.com, and you get astonishing 300,000+ matches. But do we need so many books on leadership? And do we have good leaders around us in even a tiny fraction of this number?

I have had the opportunity of working with a few accomplished professionals. The learnings have been many. One of them is the understanding that each leader – and for that matter – each person is a unique human being with unique leadership/behavioural qualities. There are thought leaders who come up with new, brilliant and innovative ideas. There are leaders who do not have brilliant ideas but have excellent execution ability. Then, there are those who are a mix of both ie they possess reasonably good ideation and execution skills. There are transformational leaders and there are transactional ones. There are paternalistic leaders and there are authoritarian ones…

So what are the most important traits of a leader? What do they do?

?.Creating a sense of purpose and driving people towards their vision?

?.Be courageous and taking tough decisions even if it means going against the tide?

?.Envisioning the future earlier than others do and then working towards it? etc…

Or is primarily the term leadership about something else, something more central, insightful and profound?

You May Also Like To Read:?Are You On The Leadership Track

I often wonder if the books are the only source of learning leadership lessons. This is a relevant question as the research has proven that more often than not leadership is more a matter of nurture (development) than a matter of nature (born leadership).

The answer is a ?No? for sure. Without undermining the significance of books in our lives (I am sure many of us love reading), turning back to our life experiences often turn out to be a unique learning experience in itself.

At this point, I can?t resist closing my book shelf and reflecting back in times almost a decade ago when I worked with him last. Those 2-3 years gave me a different definition of leadership and that?s the theme of discussion here. I am ruminating about my years while working with a great leader. I know, each one of you will also find one or a few leaders who have stood apart in their leadership qualities through their actions and not merely words…

To begin with, I saw him managing his time so well that it?s still a benchmark for me though I have worked with many senior leaders who are very effective, successful?and inspiring in their own unique ways.

I could actually match my watch to the seconds by the time he came to the office, and almost always by the time he left. It went for days, weeks, months and years. I am talking about an impeccable time management. And there was more than his ability to manage time?

His meetings used to be planned well in advance. He always used to say ? ?meetings are not an open ended forum to share and often throw opinion without any data and supporting evidence. A meeting needs much longer a planning than the duration of the meeting itself…? I used to see him working on the data, collating possible options and much more. The meetings used to begin dot on time and used to finish exactly on time. No delays in beginning and no overstays. The meetings used to finish with action points and determining the person responsible for each action point. The next meeting, of course, used to begin with the status display of the previous points. End to end loop closure while having a meaningful and pointed discussion. Seeing he coming prepared, I saw other members also coming prepared with data and evidences, soon. No place for subjective, opinions, emotions and unending arguments. Plain and simple concept executed beautifully.

?Give me six hours to chop down a tree and I will spend the first four sharpening the axe? – said Abraham Lincoln. I saw this in action before every meeting. Those preparations made the meetings disciplined, incisive and action oriented.

His presentations used to be a treat to work for. Being his assistant in those early years of my career, I used to work out the detailed presentations for him and what a unique way of explaining! He used to do his homework and prepare the sequence of thoughts before calling me. ?Always remember-every slide should have a clear message. First, get the message in your mind and then develop the slide. Always remember, human brain needs clarity. Human mind recognizes pictures and patterns/graphs better than words?and too many words get the mind distracted and confused. Having said that, often the best presentation is ?chalk and talk?, he used to say with a smile.

And then, he used to give a few pages where the sequence of messages to be delivered through the presentations were written neatly with a pencil along with the slide/message number. I can still feel the excitement with which I used to burn midnight oils and work through the weekends on google, do research and develop the messages/presentations with patterns, data, graphs?

He had the complete clarity of message and I had the complete freedom to develop and work. I have never seen any change in the messages ever in my years with him. I remember this lesson till date. What is that I am trying to convey? When I see people presenting with hundreds of words on one slide, all jumbled up together, I wonder what the audience might be gathering?

I still remember his conversation with another senior official ?B? of the company who had been found indulging in unethical practices and there were serious audit objections against him. Person ?B? was not accepting the allegations. Being from a reputed group with a strong focus on ethical practices, ?B? had failed to create a positive impression on the peers and superiors. I remember the clarity of message given to ?B?. ?We have found an audit report revealing many irregularities in the commercial dealings. This might have happened due to either of the two reasons- it might be unintentional, in that case, it is a matter of inefficiency; or else it is intentional, in that case it?s a case of ethical violations. Either way, it?s a serious breach of terms of working?. He accepted his fault and left on his own after sometime.

Who can challenge such a logic? I still remember the books on logic written by Machiavelli, Aristotle and Plato encased in his shelf. This brings me to the power of reading. ?Good readers are good leaders? he once said with a chuckle followed by ?if you read what others read, you will remain where others are?. Read good and exceptional literature and books”.

??A good leader does not become so based on what he says. He?becomes?so based on what he does. Followers or peers will watch you and make impression about your leadership ability based on your actions and not on your speeches. Any ?saying-doing gap? and the leader will lose credibility. Gandhi will remain as one of the best leaders in world?s history as there was no saying-doing gap. He had the power of integrity, selflessness and credibility. Read his autobiography and you will know what I mean. He was what he talked of. If he talked of truth, he followed it to the last details??, He told me during one of my recent meetings with him. Can?t forget this lesson.

Once he told me a decade ago what Robin Sharma, Stephen Covey and many other inspirational speakers vouch for, even?today. To write your epitaph and think of what people will talk about you when you are gone. This is probably the most insightful lesson in leadership. Try writing a few lines and you may be left thunderstruck at the thought of what people around you will say when you are gone. He had written his epitaph, at the age of 17 years and he had still kept it preserved. How many of us have this degree of introspection, reflection and insightfulness into our lives?

On a similar note, if epitaph is too serious a subject, just write your farewell speech and you will be confronted by the reality. Do your people have something worthwhile to say about you when you are leaving the company and team after a few years of being around? 🙂

You May Also Like To Read:?Why Leadership-Development Programs Fail To Deliver Results?

I can go on and on and can write about many other lessons that I learnt while working with him for a few years. But that is not the point here.

The point here is ? when I close my eyes and think back, I think of a few like him who left a profound legacy behind as they moved on in life and career. Even today, when I am in a dilemma, I think of those lessons which help me in taking a decision in the ambit of fairness, trustworthiness and credibility. And I observe good people and leaders around. They are open and mobile books who can inspire you over a few valuable lessons.

Coming back to our definition of leadership?.

True test of leadership lies in having a lasting and immortal impression on the team members. A leader is tested by the trail of leadership examples and anecdotes that he has left behind.

Once again, at the risk of being repetitive, leadership is about all the things we said at the beginning; but most importantly, it is about keeping a clear purpose before the team and motivating, mentoring and inspiring them. The team members?carry an everlasting impression of the leader.

Leadership is about?casting a legacy after the leader has moved on. Are we?setting one through what we do??

Are You 21st Century Leader

Persistence Is The Key to Success