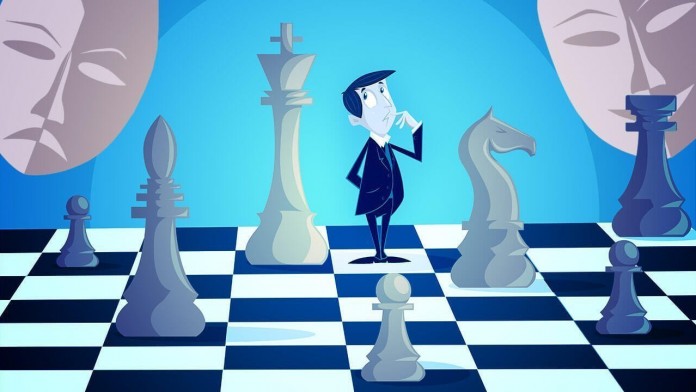 In recent year, management teams with have continuously struggled with politics and its negative impact on teams and individuals. Corrosive politics has a long lasting negative impact on an organisation and most of us have been its victim at one time or other. So what are the best ways and techniques to mitigate corrosive organisational politics? Here are some of the tools and techniques that you can use to reduce the play of politics.

When employees or your colleague’s sense that their goals are in line with those of their supervisor, colleagues or organisation, a sense of oneness is formed.? As a result, a common group comes in shape; this group has a common objective and shares an understanding of end objective. The individual efforts of the members will seek to advance the common agenda, and thus your colleagues will not attempt to undermine each other through political manoeuvres.

Goal alignment has proven to be an effective tool in mitigating in political activism especially when the individual is doing it consciously to ensure his/ her goals are first met.

Uncertainty and ambiguity are fertile breeding grounds for politics; uncertainty refers to the lack of information or having hazy information regarding the factors which individuals perceive to be directly related to their success or failure. Lack of information is commonly known to be a cause of fear to many people, especially as it applies to their livelihood and existence. As your colleagues or team members become increasingly worrisome, their propensity for using political behaviours as a way to offset their lack of information in pursuit of success increases dramatically. In the absence of information, people tend to fill these gaps with educated guesses that are negatively biased, as we fear the worst. The same pattern comes into play when there is a higher degree of uncertainty in the team or organisations, political activism increases when organisations are going through turmoil or change.

You May Also Like To Read:?The Secret Recipe To Recognize Office Politics In Advance

Similar patterns come into play when an atmosphere of ambiguity comes into existence; ambiguity is very similar to uncertainty. In uncertainty, there is a general lack of information regarding overall circumstances, whereas in ambiguity there are specific areas where the information is missing.

The best way to solve these triggering factors is to increase the flow of accurate and pertinent information to your colleagues and teams, thereby reducing uncertainty and ambiguity. This flow of information will help in two ways, it will reduce their fears, brought on by what they do not know and allow them to use correct information to hone their efforts on what is most appropriate. Secondly, sharing pertinent information with your colleagues in a timely manner allows them to focus on what is actually happening rather than expending energy on fearing what may happen.

Increase perception of being fair

It is commonly known fact that individuals respond to perceptions of reality than to the reality itself. Most of your colleagues and team members base their responses on their perception of fairness in a given situation or environment. If your colleagues perceive that political behaviours are an accepted practice, it will influence how they evaluate the use of politics themselves.

By taking actions and constantly reinforcing how fairness is weaved in every act you do, a culture of trust will start setting in. This culture, in turn, will drive the fairness quotient in the minds of your colleagues and team members, thereby resisting them from using politics as a tool to gain an advantage.