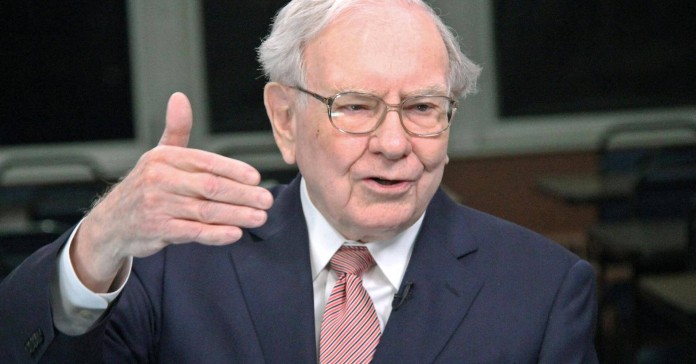 Warren Buffett, born on 30th August 1930 is commonly known as the Wizard of Omaha. After having less than $10,000 in the bank in the mid-1950s, Buffett today commands a net worth of more than USD 80 billion, according to data from Forbes. Here are the lessons that budding entrepreneurs can learn from the extraordinary life of Buffett.

Your Accessories Don?t Define You; Your Achievements Define You

Buffett at the start of his meteoric career bought a 5-bedroom home in Omaha in 1957 and continues to stay there, in spite of being in the top 5 billionaires in the world for many years now.

He sports a frugal lifestyle and still has Mac Donald?s burgers and Coke; he easily supports his modest standard of living with his salary of USD 100,000 a year, which has not increased for the last twenty-five years. In spite of leaving very modestly, Buffett believes in building a better world, till date Buffett has donated more than USD 20 billion to charity, making him one of the most prominent philanthropists in the world. Buffett differentiates between life and the lifestyle.

As an entrepreneur, you should learn to be frugal and maximize the value you get for every penny you spend.

Time Is Finite & Cannot Be Recreated.

Time is one commodity, which you cannot buy, no matter how wealthy you are, there are only 24 hours in everyone?s day. Buffett doesn?t let his calendar get filled up with useless meetings, and on the other hand, he?s very generous with his time for the people he trusts. He values time over money as time makes him make more money.

As an entrepreneur you should be very strict with your time, time will create money for you and not vice versa.

Look For Passion While Hiring; Intellect Is Not Everything.

He rates passion and integrity above intelligence while hiring his top executives. Buffett ?s track record is impeccable, and he has not lost a single executive to competition and a majority his executives meet him only a few times in a year because they are busy pursuing their passion and not working on a 9 to 6 job. ?At 85, I tap dance to work every day, It isn?t because they?ve cut off my social security or anything, it?s because I get to do what I love with people I love, and it doesn?t get any better than that,? says Buffett.

As an entrepreneur, while building your core team, hunt for passion and cultural fit, Intellect is the lowest common denominator when you are hiring.

Warren says ?Don?t get caught up with what other people are doing. Being a contrarian isn?t the key, but being a crowd follower isn?t either. You need to detach yourself emotionally.?

He advises people to write down the rationale for taking a critical decision rather than flowing in emotions and repenting, later on, forcing yourself to write down the reason for the decision clarifies your mind. He says that intelligence is not the gateway to being correct and 160 IQs can say stupid things that sound good, so don?t be blindfolded and charmed by the degrees and other accessories of intelligence. As an entrepreneur, you need to be rational because the impact of a wrong decision can fats track your demise.

Being Happy Is a Choice That You Make

Buffett says, ?Success is getting what you want, happiness is wanting what you get. I won the ovarian lottery the day I was born and so did all of you. We?re all successful, intelligent, educated. To focus on what you don?t have is a terrible mistake. With the gifts all of us have, if you are unhappy, it?s your fault.? He further advises that happiness can be achieved by adjusting your wants downwards, so what is making you fret and waste another day of your life?

As an entrepreneur, you have taken a tough journey; you need to find happiness in small things and keep your motivation high and charged to conquer the world with your ideas.

What should you eat for lunch at office to avoid sluggishness?