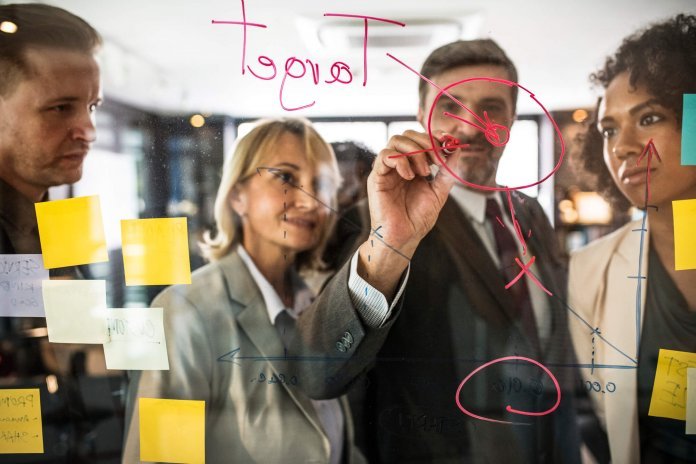 Are you struggling to put your point across in a meeting, here are expert tips to help you in getting initiated.

Meeting – a gathering of two or more people to discuss the ideas, goals, objectives, and issues pertaining to workplace. Statistics say that up to 15% of an organization’s time is spent in meetings. And, shockingly, 67% of these meetings are a failure. This failure could be anywhere ranging from employees not being able to arrive at a common conclusion to simply not being able to communicate effectively.

More often than not, employees are stuck with their ideas and are not able to put them across in an understandable form in front of their peers and managers. Lack of clarity, conflicts, or the fear of ideas being not valued are the factors that drive this process. Overcoming these small setbacks could add immense value to how effective a meeting turns out and here’s how you can achieve it.

Be Completely Convinced of The Idea You’re Sharing

The first step to putting a point across in a meeting is being completely convinced that the idea would add positivity to the meeting and would drive it to conclusion. Unless you are sure that the point you are making is going to make an impact, it is good to take time, assess the outcome and then speak out.

Express Your Views When You Feel Comfortable and Calm

Voicing your opinion when you are anxious or angry could be counterproductive to the goal of the meeting. So, instead of jumping into sharing your ideas, calm down, get comfortable with your idea and then speak. In some cases, your intuition guides you to be patient and calm – listen to it.

Relate to The Opinion of Others

Remember, while you  aim to put your point across in a meeting, overlooking what other people have on their minds and simply speaking up what’s on your mind could make you appear selfish. So, before you speak, understand what the other person has to say. Listen, don’t just hear. Having a fair idea of the perceptions of other people in the meeting, helps you frame your ideas better and stay relevant. It is good to say, “I understand your point” or “I see where you’re coming from” to help inculcate a sense of relatability amongst the peers.

Remember, while you  aim to put your point across in a meeting, difference of opinion is important in a workplace. That’s how new ideas brew. But converting a disagreement into fight makes you seem incapable. The moment you get into an argument, raise your voice, and speak ill of other’s ideas, people stop considering you as a rational professional. Do not show these traits and instead use phrases like, “I agree with your point, but my idea is..” This creates a positive vibe.

Backup Your Idea With Powerful Points

While not agreeing with someone’s idea is totally acceptable, it is important to back up this disagreement with powerful data, statistics, or logic. Simply saying you do not agree with other’s perspective does not convince others to believe that you are right. Giving an explanation puts you in a better place and chance of being heard.

Remember, while you  aim to put your point across in a meeting, always remember that everyone at the workplace is purely there for ‘work,’ so there is no point taking things personally. If you find yourself in a rather messy point where you can’t get the other person’s idea, just let it go. Revisiting the issue later and not forcing yourself to think over it in an unstable sense of mind is a good idea. Putting yourself in their shoes and thinking through their perspective might also help.

You Are Planning To Settle Abroad, Should You Inform Your Manager?