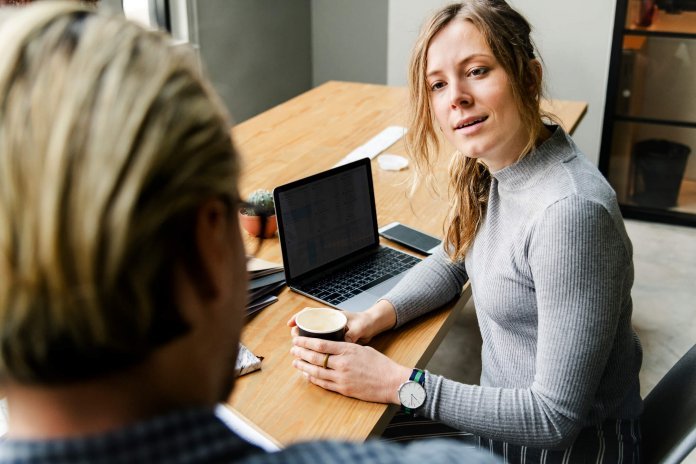 Confronting direct reports, or having a frank conversation is an essential managerial skill and its common to get HR interview questions on it during job interviews.

It is said that leaders inspire their direct reports to carry out their organization’s goals enthusiastically. The idea is that with adept leadership, employees are able to share these goals and also try to make them their own. However, emails and third-person communication is not always effective when handling a diversely talented group of people.

One should deal with direct reports with empathy, firmly and in a timely manner. Doing so helps in the growth of the organization. Also, you should not allow problems to fester and regularly review performance and hold timely discussions. It is important that you are also able to make negative decisions when all other efforts fail and deal effectively with troublemakers. For confronting, direct reports,you would be required to put aside emotions and deal with things in a practical way.

Describe a time you had to confront an employee who was underachieving.

If you have direct reports, your interviewer would ask you if there was a time or a situation when you had to confront or discuss the work status with an underachieving employee. There is no doubt that this question may be tough to answer. However, you should know that what the interviewer really wants to know is how you handle an employee based on performance records.

One can gain a better understanding of past incidences on your reports, which would keep one from getting the job, or on the contrary, situations of outstanding performance that could make you a good fit for the position. Then state that dealing with performance issues is a key responsibility.

As a first step, before confronting an employee, you like to have all the facts right, that includes collecting ample evidence and having experience handling employee performance issues. Then, you should also take into account the indications that they are comfortable with confrontation, or take steps to make them comfortable Add to this HR interview conversation on confronting direct reports, that, along with this, thoughtfulness regarding appropriate action for underperforming staff is also considered.

You can discuss about an employee who was underperforming because of time management issues. You can say how you sat him/ her down and designed a plan to set new timeline goals. This was an opportunity that the employee grabbed, and performance improved post it.

Explain how you developed a process to manage the performance of employees.

By asking you this HR interview question on confronting direct reports, the HR interviewer wants to understand your role in the company and the ability to help the employees thrive. This also helps them get an understanding of how your role would be contributing to their business. You can answer by saying that it is important to understand the key elements of management and set up a value system that makes them a good fit for your organization.

When answering this HR interview question’s on confronting direct reports, lay emphasis on the ability to prioritize the tasks of the management. You can say that you would want employees to stay motivated and on track. For this, you would want to devise a plan that helps them optimize performance. This could include providing tools like new software. Alongside this, you would constantly want to provide training to upgrade skills, communicate with them, and provide feedback and help employees stay motivated and equipped to create exciting things.

Your response would show how you were able to successfully ramp up the pressure. This includes making it clear to the employee that some behavior was unsuccessful, and also guiding them through the process. It also makes it amply clear that you are willing to take serious steps, which would include involving other departments, and reform strategies to ensure that performance is optimized.

Describe a time when an employee was disrupting the work unit. How did you handle the employee?

There is no doubt that you have come across an employee in the past who was disrupting the work unit. The employer is likely to ask you about a past experience with difficult employees. It could be that they did not respond positively to your suggestions.

By asking you this HR interview question on confronting direct reports, the HR interviewer would like you to describe how you outlined a reasonable plan for improvement. You can thus share how you dealt with their continued non-compliance. You can talk about the issue without putting too much blame on the employee as it also reflects badly on you.

While responding to this HR interview question on confronting direct reports, say that you tried to sort matters by collaborating with human resources so that you would be able to establish a performance plan with a series of warnings, if the employee does not improve. However, do emphasize on the fact that not everyone is adaptable to change. Hence, in spite of setting clear expectations, if that employee did not alter their behavior, you had to take stern action. You can mention that you suggested what behavior is acceptable and what you will not tolerate. Emphasize by being clearer about your expectations and thus get more control over the situation.

As an answer to this HR interview question on confronting direct reports, you can add that the intention of doing so was to be helpful and well-received. Other alternative measures that you suggested included working with a coach or counselor to see their behavior of disruption more clearly. If, in spite of this, things didn’t improve, you took the matter to higher management and necessary action was taken.