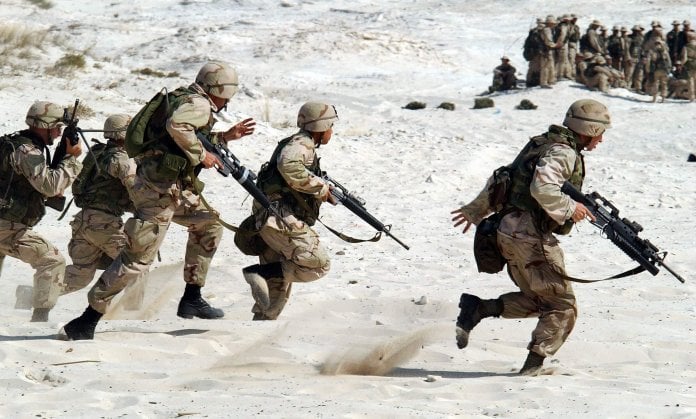 Command skills are equally important for leadership roles, especially in crisis situations, and often gets tested in the HR Interview questions. These are slightly different from leadership traits because it requires one to be more authoritarian, with empathy.

The traits of someone who has command skills include relishing the lead role. They like to take unpopular stands if necessary, as long as it serves the good of the organization and the team as a whole. Leading by example is another vital trait that forms a part of the command skills.

Ideally, one should encourage direct and tough debate, but isn’t afraid to end it and move on. Those with command skills are looked at for direction in a crisis. Hence, they form an integral part of any organization. They are individuals who are ready to face adversity head-on and get energized by tough challenges. These skills are a situational tool, which are imperative in various tasks. In particular, they are a proven way to take people out of their comfort zones and often push boundaries to try out new tasks.

Provide an example of a time when you took on the role of a leader in a committee or group. How did you lead the team, and what were the outcomes?

The HR interviewer will ask you to cite an instance or a time period when you undertook the leadership role for a group. You would have to answer this question by discussing about the role you took and how you led the team.

Answer this HR interview question to demonstrate your command skills, by laying emphasis on knowledge and focus on what needs to be done. There are hurdles like budgetary and temporal constraints that you would want to overcome and hence a plan of action is needed. You would also be putting others under pressuring parameters or limiting conditions. However, you have to implement your knowledge and skills to get the task done. It can be achieved by putting the team into coordinated, cooperative action. It is important that it should be attained through the provided resources available and the limitations imposed.

There are many brilliant and highly successful individuals who have been successful in forming a partnership or a collaboration of their most needed counterparts. Say that you are inspired by such leaders or people with such command skills. Then, you can also add that you assessed your areas of weakness. You did the same for the team and allocated tasks that would test their skills and also push them to achieve the best.

What is the most important skill of a good leader? Describe a time when you effectively used this leadership skill on the job.

The HR interviewer through this interview question on command skills, wants to see how you are able to assess your skills and which ones you value the most. While answering this HR interview question, you should mention that while there are many skills that leaders should possess, it is the ability to be strong and resilient during tough times that is most important. Mention that being a leader in your organization often makes one prone to criticism. It is possible that you hear this every day from your direct reports and from the higher management. Add that while leading is a powerful job, what makes it tough is that you have to be constantly responsible for the team’s performance.

While credit is shared, the blame usually comes on the leader. So taking positive criticism in your stride is one of the most important leadership competencies that one has to face. They have to control emotions and not display their stress and anxiety. Talk about a time when you had to deal with the same during the execution of a project. It is true that after successful completion, you did get a lot of praise, but during the phase of the project, you had to listen to a lot of criticism when the team was pressurized, or the results were not at par with what was expected.

Tell about a time when a group you led failed or did not meet expectations. What happened? What did you do?

While the HR interviewer appreciates the positive and successful stories of a candidate, they are also on the lookout for tough candidates. Those who have witnessed failure and taken it in their stride as a learning process.

While answering this HR Interview question on command skills, you should be honest about a time like this and mention the situation with focus on your attempts to save the day. Answer that as a leader, it is likely that you would be put in a tough spot with a difficult decision to make. Sometimes, these decisions could be wrong and considering that you have limited time and information in hand, there’s always the risk that things could go wrong.

While answering this HR Interview question on command skills, talk about a decision that you made, which may not be the right one. Add that failure is a part of life, and hence your competency as a leader demands you to welcome failure. For you, any failure is a learning situation.

Then add that, despite your best efforts, you did not succeed and you tried to use this as a precedent for your future projects. Say that you gave due credit to the team for their work and dusted yourself off and kept leading on. You do look back at these bad decisions because if you don’t fail at anything while you are on the job, you aren’t doing it right!

What was the toughest group you had to get cooperation from? Describe how you handled the situation, and what was the outcome?

The HR interviewer would ask you about one of the tougher group decisions that you had to make or rather get cooperation from. The idea is to see if your command and negotiation skills go hand in hand.

Convincing is a key, attributed to command skills. At times like these, your leadership competencies are put to the test. Say that several critical situations like these have often come up on the job. Then, share one incident or instance that you feel was the toughest. However, you were the commander in chief, and you had to ensure that the team would cooperate in these tough situations. So state that rather than getting stressed out, you deduced to help or motivate them. This was done via communication and gathering information to support your case.

Then say how you communicated with the team to make sure that a collective decision was made, which ultimately adhered to your requirements. Do mention that you tried to analyze the possible consequences of your decisions too, so that you were prepared for the questions that you would face. Finally share the outcome and how you convinced the team to agree.